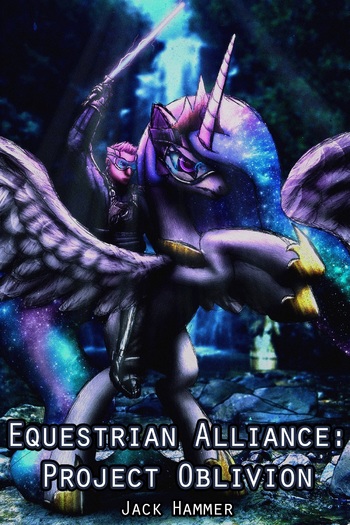 is a My Little Pony: Friendship Is Magic Sci-Fi Horror Fan Fiction novel by Jack Hammer.

The Protean Cybernetics Corporation (ProteC) has created a technology capable of sending matter instantaneously over long distances. Unfortunately, it proves to function equally well as a Hell Gate, resulting in an Alien Invasion. Fortunately, help comes in the form of magical pastel ponies from a children's show.

It is notably different from many other fanfics in that it was released in a single day as a completed work, and the author created several pieces of Electronic Music to go along with it.