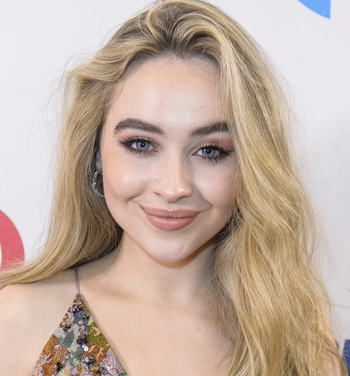 Sabrina Annlynn Carpenter (born May 11, 1999 in Lehigh Valley, Pennsylvania) is an American actress and singer.

Active since 2011, she started off in small bit roles, playing a rape victim in Law & Order: Special Victims Unit and a brief appearance as Lucy Gluckman in Austin & Ally. She rose to fame in 2013, when she was cast as Maya Hart in Girl Meets World, along with Rowan Blanchard. From there, she branched off into both music and acting, appearing in a number of other television shows, and releasing her debut album, Eyes Wide Open, in 2015.

Her aunt happens to be Nancy Cartwright.

May or may not be related to Karen and Richard Carpenter.