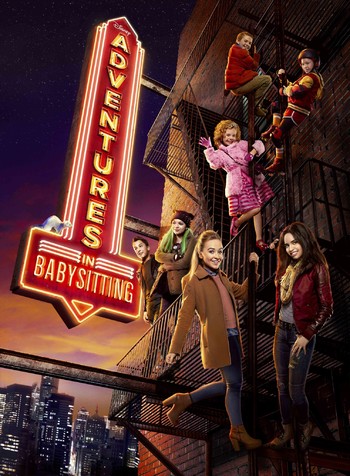 Adventures in Babysitting (2016) is a Disney Channel Original Movie and a remake of the 1987 film of the same name. It stars Sabrina Carpenter as Jenny Parker and Sofia Carson as Lola Perez. The plot kicks off when Lola and Jenny accidentally swap phones with each other, resulting in Lola taking a babysitting job that was meant for Jenny (out of desperate need to pay a parking ticket). Unfortunately, babysitting turns out to be a tougher job than Lola anticipated.