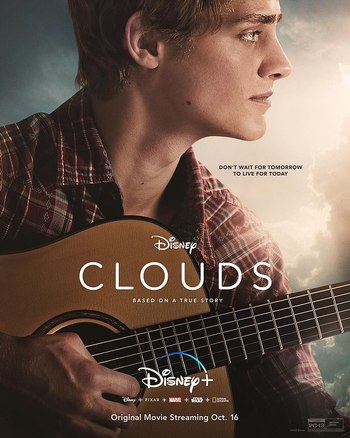 "Because what some people take for granted, others are fighting for it. And believe me, I'm a fighter."
"So, what is it I plan to do with my one wild and precious life? It's really simple, actually. I just want to make people happy."
— Zach Sobeich
Advertisement:

It's based on the true story of Zach Sobeich (Argus), a teenage musician struggling with a rare terminal bone cancer, and follows the ups and downs of his senior year. Carpenter plays Sammy Brown, who along with Zach formed the band A Firm Handshake; Iseman plays his girlfriend Amy; while Campbell and Scott play his parents.