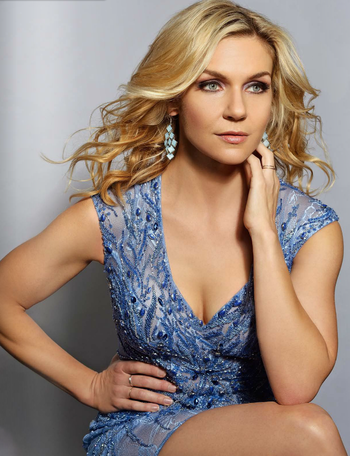 Deborah Rhea Seehorn (born May 12, 1972 in Norfolk, Virginia) is an American actor and director active since The '90s. She is best known for playing attorney Kim Wexler on Better Call Saul. She has also been featured in a number of sitcoms, notably Whitney.

Seehorn has been married to real estate agent Graham Larson since 2018. She has expressed an admiration for Bea Arthur.