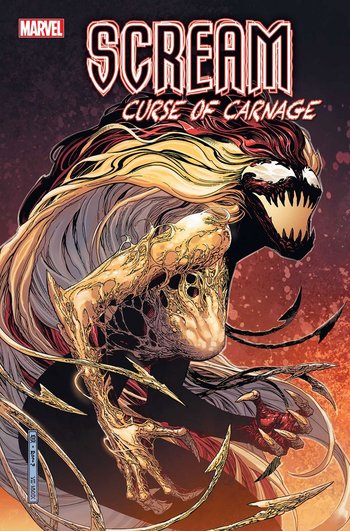 Scream: Curse of Carnage was a comic book series launched in November 2019 as part of the Marvel: A Fresh Start initiative, spinning out of the Absolute Carnage event, and the Absolute Carnage: Scream tie-in miniseries in particular. It is written by Clay McLeod Chapman and drawn by Chris Mooneyham.

The series stars the eponymous Scream, one of the spawn of Venom, in the aftermath of the Absolute Carnage event, where it was resurrected and eventually bonded to Andi Benton.

Unfortunately, Scream: Curse of Carnage was abruptly Cut Short in July 2020 due to low sales, as a result of the Coronavirus pandemic preventing the sale of physical copies for several months.