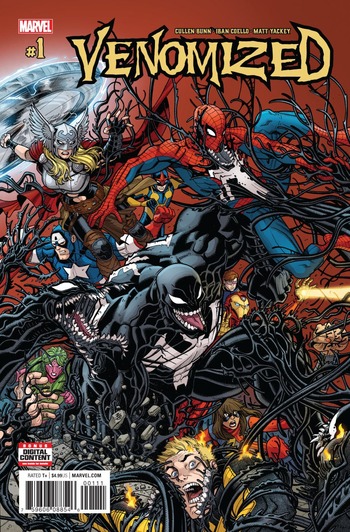 Venomized is a 2018 Venom event written by Cullen Bunn, and the third and final part of the Poison War Saga — following Venomverse and Poison X. The Poisons, having raided the planet Klyntar, attack Earth and bond as many superheroes to symbiotes as possible; it's up to Venom and the X-Men Blue team to unite Earth and foil the Poisons' conquest once-and-for-all.