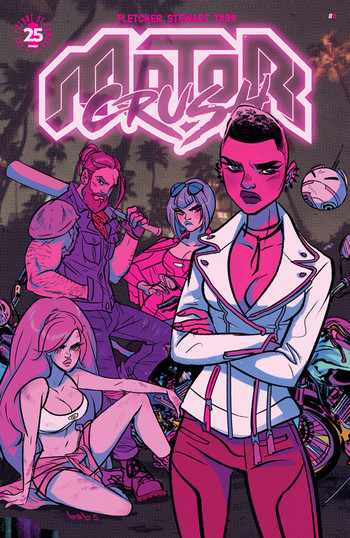 Motor Crush is a comic co-created by Babs Tarr, Brenden Fletcher, and Cameron Stewart, the same team behind the 2014 Batgirl revamp.

Domino Swift is a motorcycle racer preparing to take part in the world championship. At night, she takes part in dangerous and illegal races where the winner takes home a supply of Crush, a "machine narcotic" that can boost the performance of motorcycles.

Motor Crush is a 2016 series published by Image Comics. The first 11 issues were published monthly, and later collected into two volumes. In August 2018 it was announced that the series would drop the monthly format and the next story arc would be going straight to paperback. Volume 3 is set to be released July 2019.