This page is a collection of tropes for the students and staff from Cross Feed's Royal Knight Academy of the Light Novel Undefeated Bahamut Chronicle, excluding Lux Arcadia. Fans of only the anime and manga must beware of spoilers.

A trio of childhood friends who are part of the academy's Knight Squadron. 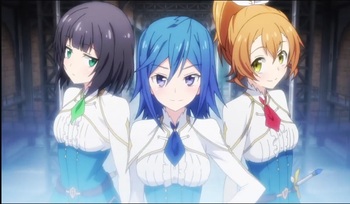 From left to right: Noct, Shalice and Tillfur.

The eldest member of the Triad. Daughter of the Vice Commander of the Kingdom's army.

The mood maker of the Triad.

The youngest member of the Triad. Airi Arcadia's roommate.

The eldest daughter of Aingram Financial Conglomerate, Philuffy's older sister, and the principal of the Royal Knight Academy. 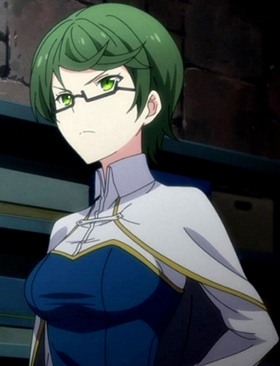 An instructor of the Academy.