This page is a collection of tropes for characters of the Light Novel Undefeated Bahamut Chronicle that originate from places that do not play an important role in the greater story,. Fans of only the anime and manga must beware of spoilers. 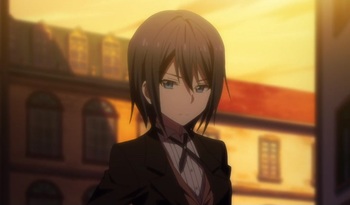 A butler of the Einfolk house.

A Bishop in the Ymir Theocracy. 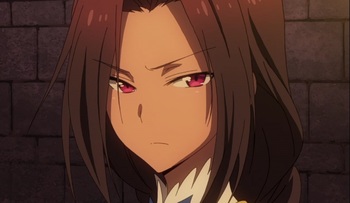 A 3rd year student at the Knight Academy. She turns out to actually be a spy from the Heiburg Republic.

The Seven Dragons Paladin of the Heiburg Republic.

The King of Vices

The King of Vices

The shadow ruler of the Heiburg Republic. She killed Calensia Hersmice prior to the start of the series and pretends to be her to throw off suspicion.

The Seven Paladins representative of the Vanheim Principality.
Coral Esther

The Vice Captain of the Seven Paladins and the representative from the Blackend Kingdom.
Zweigbergk Gimle

Singlen's aide and a veteran soldier of the Blackend Kingdom.

The Seven Dragons Paladin of the Turkhimes Federation. She turns out to be one of the few surviving Xfer.
Uruk Septy

Soffice's aide and sister. She has been dead since the start of the series, with Soffice's aide actually being the Automaton Re Plica (listed below under "Automata").

The captain of the Seven Dragons Paladins and the representative of the Marcafal Kingdom. She owns the Vanfrick company, the largest company in the world.

One of the three leaders of the Dragon Marauders.
Gatouhan Barres

Another of the three commanders of the Dragon Marauders.
Vine Hachettes

The youngest of the three commanders of the Dragon Marauders.
Volume 6 Antagonist
See Dilwy Froias in the Kingdom of Atismata section.

An elite Drag-Knight of the Kilzrake Family and a trusted subordinate of its leader. She is actually Almatea Atismata, Lisha's younger sister who was believed to be dead.

Yoruka's younger brother
Yoruka's unnamed younger brother who was, prior to Lux, the only person in the world who treated her kindly and like a human being. 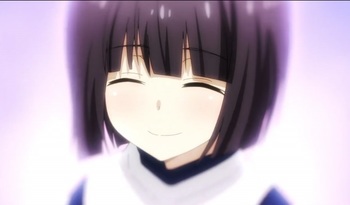