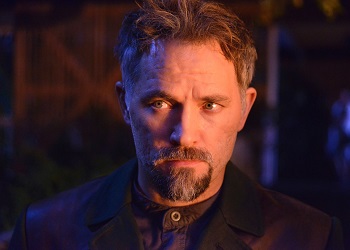 "Did you ever consider that maybe society was sick, not me?"
Played by: David Meunier
Miles: "Corporal."
Strausser: "I'm a sergeant now."
Miles: "Well, let's be honest, you're a sociopath, is what you are. Before the blackout, you'd have been locked in a rubber room."

The son of a butcher whose penchant for violence was already present before the blackout. Since then, he's found an outlet for his sadistic urges as a widely-feared Sergeant in the Monroe Republic.

Appearing in "Letter from Julia", "Soul Train", and "Ties That Bind", the colonel is the husband of Anita Faber, the father of Stephen Faber, and friends of the Nevilles. However, that friendship turns out to be limited, when Jason Neville ends up in terrible danger. The Nevilles use the information that Stephen is a Rebel to save Jason's life. This results in Stephen's death, and John being tortured because his loyalties are in doubt. The fate of the Faber family is not revealed. 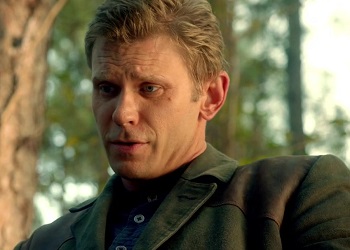 "This is so dramatic. You guys remember One Life to Live?"
Played by: Mark Pellegrino

One of the first recruits of the Monroe Republic and personal friend of Miles and Monroe.

A Monroe Republic captain who appears in the episodes "Children of Men", and "The Dark Tower". He is the youngest Monroe militia captain to date, and is not blindly obedient to Monroe. He ends up helping Tom Neville launch a successful coup in taking over the Monroe Republic.