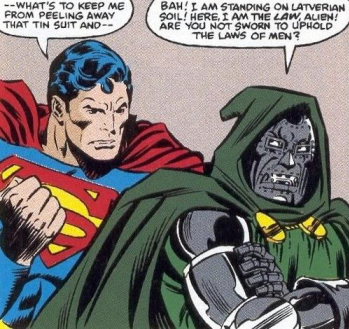 A Man of Steel is no match for a man with a steel will.
Advertisement: