Anime / The Sea Prince and the Fire Child 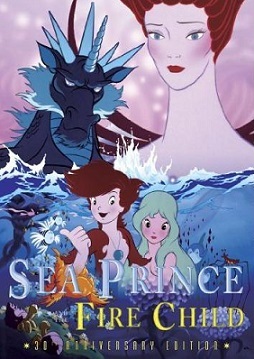 The Sea Prince and the Fire Child is an obscure Japanese animated movie released in 1981 by Sanrio (of Hello Kitty and Jewelpet fame). It tells the story of Starcrossed Lovers Syrius, son of the sea god Glaucus/Oceanus, and Malta, daughter of the fire goddess Themis/Hyperia and guardian of the Holy Flame that keeps the fire fairies alive.

The two are kept apart due to a conflict caused by Argon/Algorach, Lord of the Winds, many years ago, which led to a long-lasting war between water and fire. Despite this, the prince and fire child fall in love, and the consequences will have far-reaching effects for land, sea, and sky.