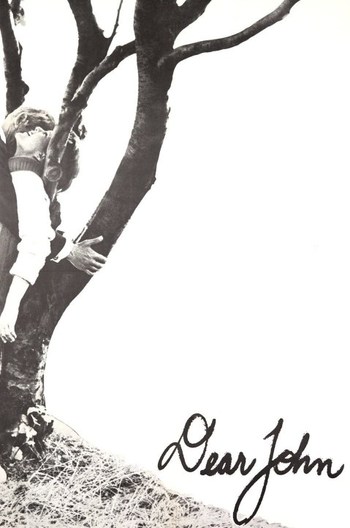 Dear John (Käre John) is a 1964 film from Sweden directed by Lars-Magnus Lindgren.

It's a story of romance between two lonely people. John Berndtsson is captain of a small freighter working the Baltic. Some time ago he came home early from a business trip and found his wife in bed with his business partner; he got divorced and has been single ever since. Anita is a waitress in a cafe. When she was 18 she had a brief relationship with a man who knocked her up and abandoned her. Now she's a single mom raising a four-year old daughter, Helena.

John's ship pulls into Anita's little coastal village for a two-day layover. John stops in to eat at Anita's cafe, and asks the lovely waitress out for dinner. Will two lonely hearts find love?

Despite the title, does not feature the trope "Dear John" Letter. No connection with the other works by this name, like the British TV series Dear John, the American remake of that series, or the 2010 Channing Tatum movie.