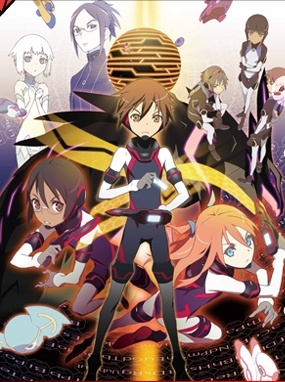 It's 2029 and the earth is rapidly deteriorating thanks to the sudden disappearance of the elements. Scientists have determined that all the elements are vanishing and reappearing on an Alternate Universe known as the Nega Earth. The Element Hunters are created in order to go to Nega Earth, retrieve the lost elements, and save the world.

Element Hunters is an Edutainment Show aimed towards kids in an effort to try and teach them about chemical elements. Of course, turning all the elements into cute little Mon probably helps too.