Have a question about how the TVTropes wiki works? No one knows this community better than the people in it, so ask away! Ask the Tropers is the page you come to when you have a question burning in your brain and the support pages didn't help. It's not for everything, though. For a list of all the resources for your questions, click here.

Boomerang 123 goes easy on context and heavy on shoehorning and complaining.

A bunch of entries

On YMMV.Strange Magic, they added this:

Roland is a Hate Sink, and Sunny, from what I know about the fandom, is well-liked by the movie's fans, despite the problems with the way he's written. As far as I know, the songs are among the better-received aspects of the movie. The last two entries may have a point there somewhere, so I edited them, cut the blatant lies and complaining, and sent a complaining notifier. I'm not sure the troper got the memo: while they apparently eased up on "simps" and "rip-offs," they switched to shoehorning: I asked if this was an example

and got a confirmation that it was not.

Then, they added entries that sound like "things I personally wish happened":

And then, the troper added to Characters.Strange Magic some things I deleted from YMMV page, with minimal context: Well, you can't provide sufficient context when the tropes don't fit. The guy is not subtle about being a Bitch in Sheep's Clothing, yes, but this doesn't make a Card-Carrying Villain; he's not very bright indeed, and he hides when a fight starts. And he is not voiced by Nicholas Cage; that entry sounds like complaining again. You can apply quite a few villainy and stupidity tropes to this character but not these ones. Is there a notifier for shoehorns?

Looking through their edit history, I spotted more entries with insufficient context, at the very least, here

, so I sent a context notifier, too. Since then, they made edits here

; some of them lack context again. (I don't know these works, so I can't judge if the tropes fit.)

Also, a couple of days after I sent the complaining notifier, they added

The entry was axed for complaining

has major grammar and spelling issues as well as frequent shoehorns and misuse due to not understanding what specific tropes are about.

Do you know at least one of the following movies (or the last series well enough to not make the example not general)? Would you be willing to read what a Cukoloris (actually spelled cucoloris) is and discover how it's used in the movie(s)/series you like?

If yes, please go to this thread

and try to expand them. If you do, you may just be able to save a trope from getting cut or merged. Edited by Piterpicher
Chabal2

Is there a policy on adding to trope descriptions (other than crosslinking tropes like "See also/compare/contrast [trope]")?

Within the YMMV page for My First Girlfriend is a Gal, Tropers.Biomaster 2000 added several lines to They Changed It, Now It Sucks! back on March 12th

with blatantly partisan opinions on the English dub. The added lines were removed by Tropers.PF a couple of weeks later

. Biomaster 2000 then readded them (along with even more partisan opinions) a few hours ago

Consider that it does contain one guideline/policy "always link to works even if it doesn't have a page yet, unless the work would violate the Content Policy", I think it should be in Administrivia namespace.

not really sure how to title this one

on the Vinesauce page, someone recently

basically everything on the page pertaining to ex-Vinesauce member GPM with no edit reason.

apparently he's recently (as, in a few days ago) been involved in some sort of "cancel culture" thing directed against the streamer group, for lack of a better term. i get the feeling that would've actually been the reason for the cuts, had there been one. i'm not going to go into details about it, since i recently got thumped with the ROCEJ stick for adding it on the Tear Jerker page. and, for what it's worth, the only reliable "source" at the moment seems to be from a 4chan-esque forum, with all the casual bigotry that implies, so i'll save everyone here a migrane.

anyway, it kind of seems like all the cuts are a kneejerk reaction to this incident, which isn't even really over yet. is that kosher to do? a lot of the stuff that was cut was either about GPM's contributions to Vinesauce before he left or his silly Word-Salad Humor Twitter bot, neither of which seems justified to cut without any reason. 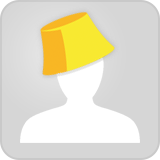 On the page Empty Room Until the Trap there's a part talking about the Dark Link fight in Ocarina of Time, followed by two more section expanding on the fight. These two sections should be preceded by four bullet points each since they're specific to that one fight, but making ANY edit on the page will for some reason automatically revert each one to three bullet points. What gives?

Which shot were we on again...?

On Memes.RWBY Solitas Arc, Corvus IX and Masterweaver are going back and forth over specifications on meme-y team names.

On the Western Animation/101Dalmatians subpages, it says that Lucky was "stillborn", but is that really true? Firstly, Nanny says that they "lost" him, meaning he probably was moving awhile and then passed out, secondly, he comes around.

Headscratcher on the Launch Pad?

Okay, like I always do before I Ask The Tropers, I'll start off by saying that if it's just me I'll take my lumps, shut by piehole, and go back to my coloring book.

Koveras placed a proposed trope on the launch pad, Futuristic Jet Injector. It's about injecting someone without using a needle. I looked it over, thought there was something there, gave it a hat, and posted a comment.

Shortly thereafter, Koveras posted a reply saying they didn't think it was worthy of a hat yet.

I can understand tropers complaining about stealth bombs, or bombs in general. The launch pad can be a jungle and you have to know the rules going in. But I have never, even back when I was a newbie troper who couldn't edit a page properly without serious help, seen someone complain about getting a hat to their proposed trope. What's the point of even putting it up there if that's the case? The whole point of the launch pad is getting enough hats to launch a trope or sufficient bombs to nuke it.

Okay, shutting up now and going back to my bowl of soggy corn flakes.

only edits consist of terribly made pages for their own "show". I put "show" in quotations because there's no evidence that it actually exists.

I've already sent notifiers and sent the pages to the cutlist, but I figured to notify ATT now in the case they continue.

For the record, they also tried to create pages for this on Wikipedia proper (under the same name), and they got deleted almost instantly, so I don't know if this person is just trying to make pages for the heck of it or something else.

Making a page just to give it a custom title and then cutting it...

Making a barebones page just to give it a custom title and then cutting it...

Not a good idea? Or okay? Like, for redlinks that want decapitalization, such as with "and"-s that would otherwise be "And", or for numbers?

Edit war on a character page.

Anyway we have an Edit War.

List of works where humans don't exist at all

I was wondering if somewhere on the wiki I could make a list (maybe even a trope) of works that don't have humans at all in them.

I know we have a humans are not the main focus trope but that isn't the same thing since humans can still exist in those works the story just isn't about them.

The Other page for Role-Ending Misdemeanor has a Religion folder, created last year by

Scoutstr295. From what I could see, the section is mostly about fundamentalist scandals, but is relatively neutral and has no agenda-based writing, but I'm wondering if it's really needed? I remember earlier the Politics section of REM was deleted for being a blatant Rule of Cautious Editing Judgment violation, which religion could also prove to be. Scoutstr also appears to be the person with the most edits on the section, as I was only able to find one edit from someone on the section that wasn't them.

I was searching for someone who was apparently one of the most prominent Bernie Bros then lost the status due to assault accusations but I cant find the page. It was something like Overshaowed by Controversy or Role-ending but I can't find it now.

Can a bittersweet Ending qualify for Esoteric Happy Ending?

Permission to split a page

Would you give permission to split the page?

Vandalism of the main page of worm Literature

So, I just checked, but someone modified the main page of. Worm and removed an entry on either Shout-Out or Expy that compared Jack Slash to Joker on the grounds of it being offensive to Heath Ledgers legacy.

Just to be sure, this is definitely vandalism, right?

On the forums, is it acceptable to admit you watch a series via piracy because there's no legal outlet in your country to watch it (without linking to piracy sites, of course) or is that something that could get you banned? I've avoided participating in some threads on popular shows for this reason - which I do watch this way.

example arguing with itself Literature

The Dune example under "Literature" on War for Fun and Profit is arguing with itself. I don't know anything about the series beyond half-paying attention to the movie and TV Tropes examples. Could someone who does know please fix?