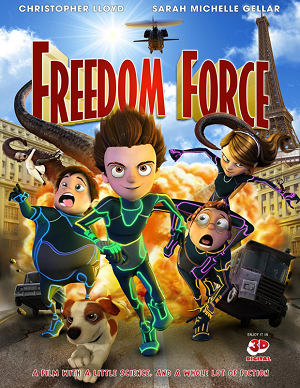 The Illusionauts (Los ilusionautas) is a 2012 Peruvian animated film. (Released on November 13, 2013 in the US as Freedom Force — this is not related to the video game franchise Freedom Force.)

A group of twelve-year-old kids are sent into the imagination of France's worst science fiction author, Jean Visogneaux, to set his sci-fi stories straight. While completing this mission, they have to use their skills to their advantage and work together as a team.

The Illusionauts provides examples of: