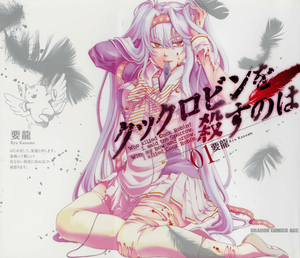 Hidaka Kishi is your normal everday high school student. He is late getting up and as he grabs his iPod on the way the way out the door he notices that there is a song that he didn't put on there on it. On his way to school, Hidaka notices a strange girl who appears to be following him. He gets to school, the girl confronts him and lets him in on a little secret; Fourteen people will be coming to kill him and she, Saedano Minami, is the only one who can protect him.

As usual with these types of protagonists, he doesn't believe the Saedano. He runs away from her and hides in a closet with his childhood friend. But then his childhood friend goes all stabby on him and he is forced to accept the fact he is part of a larger game.

Named after a British Nursery Rhyme, which notably inspired a Disney Silly Symphonies short of the same name.