The Klondike, where men are men and women are women
A darn good arrangement.
— Title In opening 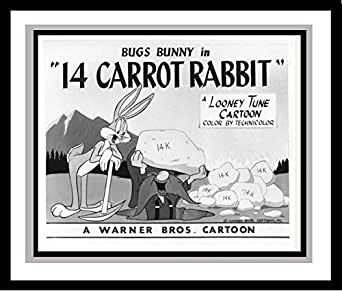 "There's gold in them thar hills!"

"14 Carrot Rabbit" is a 1952 Looney Tunes cartoon directed by Friz Freleng and featuring Bugs Bunny and Yosemite Sam. "Chillicothe" Sam is a claim-jumper who robs other people of their gold. Then he learns that Bugs, who has also been procuring gold of his own, tends to get a "funny feeling" whenever he's near any gold and tries to exploit the rabbit for his own gain.