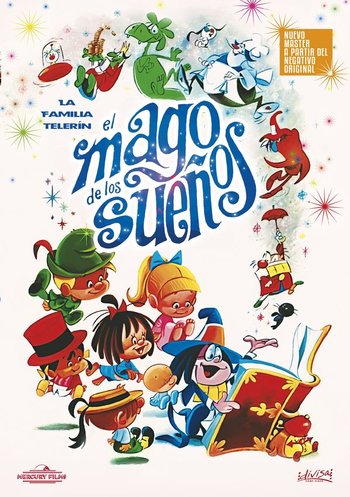 El Mago de los sueños (English: The Dream Wizard) is a 1966 Spanish animated film directed and produced by Francisco Macián. It is based on Hans Christian Andersen and features La Familia Telerín (the Telerin Family), a group of children who were famous in Spain for telling kids in TV to go to sleep, as protagonists.

The film is about the dream wizard, who in his routine of making nice dreams to well-behaved children is distracted and awakes by accident the Telerín family, getting exposed and discovered by them in the process. He introduces himself to them and gave each one of the children a nice dream.

In 2018, the Telerín kids return as the protagonists of the animated television series Cleo & Cuquin.