Western Animation / Chorlton and the Wheelies 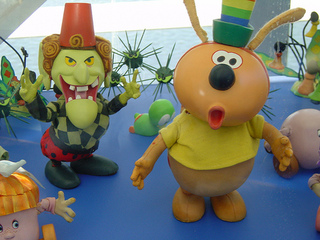 Chorlton and the Wheelies is a British stop-motion program, created by Cosgrove Hall, that aired between 1976 and 1979. It was about Chorlton, an orange happiness dragon, that lived in Wheelie World, a strange world populated by round creatures with wheels instead of legs. It was Chorlton's duty to protect these wheelies from the evil kettle witch Fenella, who wished to create misery and depression for the world.