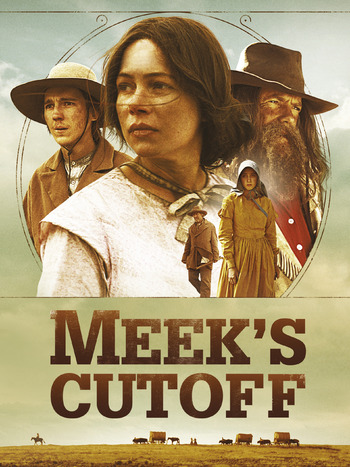 Based on a true story, the film portrays a group of three pioneer families on the Oregon Trail who follow Stephen Meek, a frontier guide who claims to know a shortcut (Meeks Cutoff) but has gotten them lost.