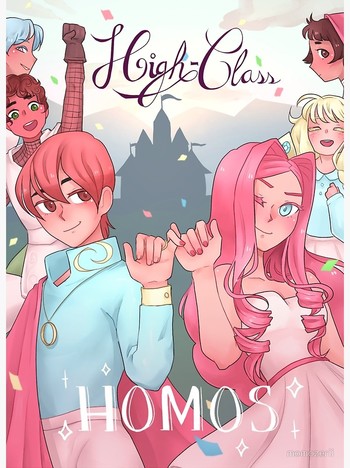 High Class Homos is a fantasy, romance and comedy webcomic by momozerii. It revolves around Prince August and Princess Sapphia, who are both gay. To stop their parents trying to marry them off to opposite-sex suitors, Sapphia suggests they marry each other to throw their royal families off.

It can be read on Webtoon here