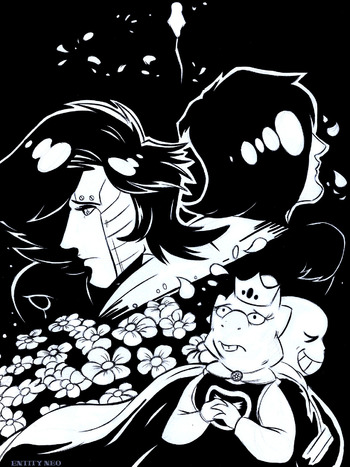 is a fanmade webcomic based off of Undertale, set in a near No Mercy route. The two mods that run it go by Mod NEO and Mod Migosp.

After receiving a letter from their estranged cousin, Napstablook races against the clock to see Mettaton one last time before the genocidal human knocks on his door, only to, in a strange turn of events, wind up gaining corporeality in their dead cousin’s body.

Now, in a body shattered by bullets, they are left to deal with the bitter aftermath of the human’s massacre and the changes that come with it...luckily, they’re not in this alone.

An official dub of chapter 1 can be found here

, and a French dub can be found here