Web Video / What if Pokémon were SCPs? 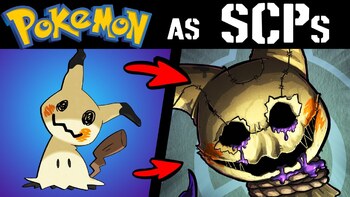 This is what happens if you adapt anime into live-action.
Advertisement:

What if Pokémon were SCPs?

is a series of videos detailing an alternate take on the Pokémon universe, inspired by the SCP Foundation, where the titled creatures are not depicted as everyday, anime-styled animals, but rather dark, mysterious, and occasionally dangerous creatures.

This page contains the following tropes: