Web Video / Down the Rabbit Hole 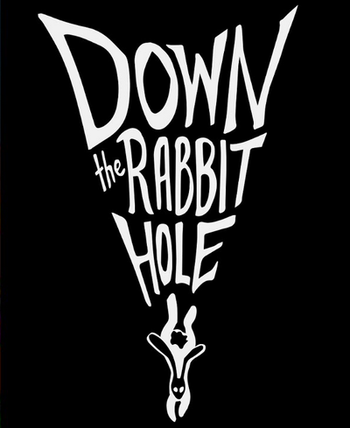 "On the Internet, reality is often more difficult to discern."
— Fredrik Knudsen

Down the Rabbit Hole is a documentary series created and hosted by Fredrik Knudsen. A self-described series of "weird documentaries," it explores a wide variety of subject matters, mostly relating to strange phenomena, be it in real life or on the internet.

The style of the videos are overall fairly neutral and unbiased in their point of view, but otherwise remains informative; with Knudsen by and large sticking to stating the known facts about the subject matters he tackles and letting them speak for themselves.

The series can be found on Knudsen's channel here.

Down the Rabbit Hole provides examples of: