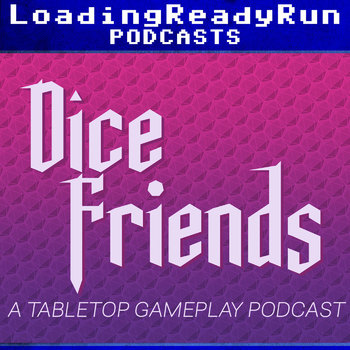 Dice Friends is LoadingReadyRun's Actual Play show, available both as video and as podcast. It generally consist of Dungeons & Dragons 5th edition campaigns with occasional forays into other Tabletop RPG systems. It is made up of larger campaigns with several mini-campaigns.

The episodes can be found on their Youtube channel

, on Twitch, and as podcasts on the LRR website