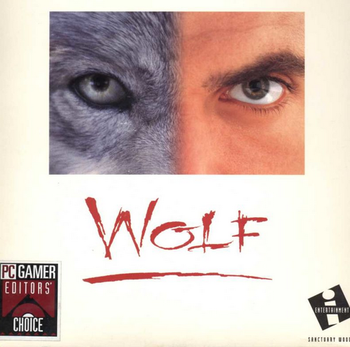 . In it, you simulate the life of a wolf in one of three environments: the pleasant timber forest, the blazingly hot prairie, or the frigid arctic. Hunt prey, mark your territory, find a mate, raise pups, and generally run around being a wolf. You can also harass humans and their cattle, if you're feeling suicidal.
Advertisement:

Has no relation to the film Wolf released the same year.