Video Game / The Quest Of Ki 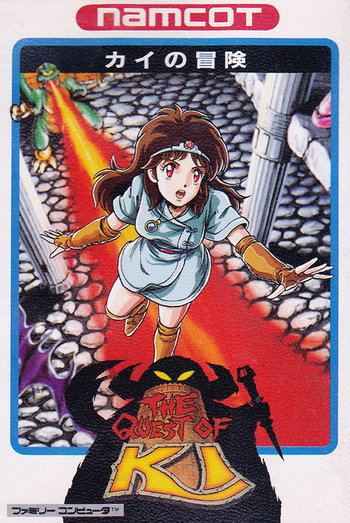 Kai no Bouken: The Quest of Ki is a Puzzle Platformer game developed by Game Studio and released in 1988 for the Famicom by Namcot. It is the prequel to The Tower of Druaga. As of August 2013, there exists a Fan Translation patch for the game.

The 60-floor tower had been destroyed by the god Anu, but it was rebuilt by Druaga. Ishtar gives her shrine maiden Ki a golden tiara but no weaponry in the quest to obtain the Blue Crystal Rod, with additional assistance provided by Quox the Dragon.