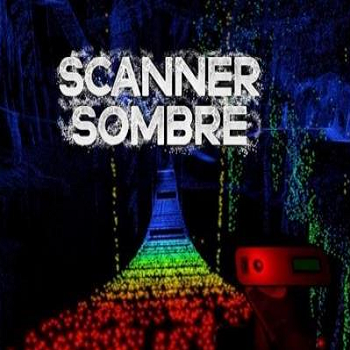 Scanner Sombre is a 2017 Environmental Narrative Game for PC and Mac developed by Introversion Software, the studio behind Uplink, Darwinia and Prison Architect. Inspired by Gone Home and Dear Esther, it puts the player in the shoes of a protagonist lost inside a deep mine, which they must explore.
Advertisement:

The game's defining characteristic is that the entire environment is pitch black, and the protagonist, lacking a flashlight, must rely on a LIDAR geological scanner hooked up to VR-like visualization goggles in order to see anything.