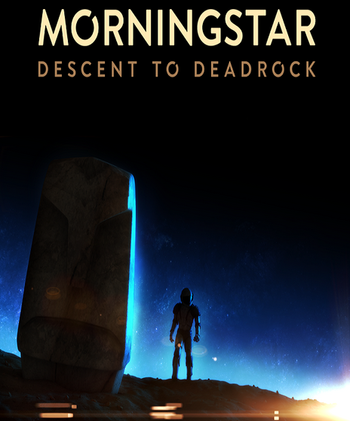 After running into a strange gravity anomaly, the space vessel Morningstar crash lands into a barren alien world planet of life. With the captain injured and the engineer dead, Powell finds himself the only one capable of repairing the ship and escape back into outer space. But the Morningstar isn't the only ship to crash into this world. A larger military ship crashed a long time ago, and all the crew died from unnatural means. Powell may have to discover the truth behind this incident and the world he's stranded on in order to return home safely.

Morningstar is a free Point and Click Adventure Game, made by Red Herring Labs in 2009 and available here

, on the Armor Games website. It also has a remake available for purchase on Steam, called Morningstar: Descent to Deadrock, which updates the graphics and interface, and provides an extended ending sequence with additional puzzles.