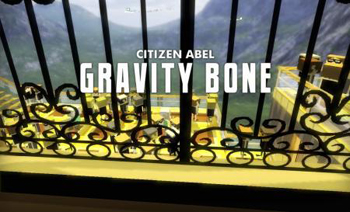 "To make it in Nuevos Aires, one needs nerves of silk and the filthiest of hands. Mix together a batch of espionage, some high-speed car chases, fire-spewing assassins, and you've got one oven that'll never bake cookies again. We provide the pliers and you bring the moxie."
— Author's description of the game.

Due to the nature of this game, it is recommended that you play it before reading the page. Some tropes' mere presence are massive spoilers and will be unmarked.

, set in the nondescript South American locale of Nuevos Aires. You play Citizen Abel, a secret agent who embarks on missions that involve performing peculiar or outright bizarre actions, such as secretly feeding an insect to a man at a party, or taking covert photographs of black birds. Your actions are only ever explained at the end of a successful mission by a Motor Mouth robotic voice - and even then you never know who your "clients" are, or what their greater purpose is.

Several years later, creator Brendon Chung was asked by Idle Thumbs to make a sequel, and after elaborating on a pre-existing prototype for Gravity Bone, Thirty Flights of Loving was released, which comes bundled with Gravity Bone in places such as the game's Steam release.