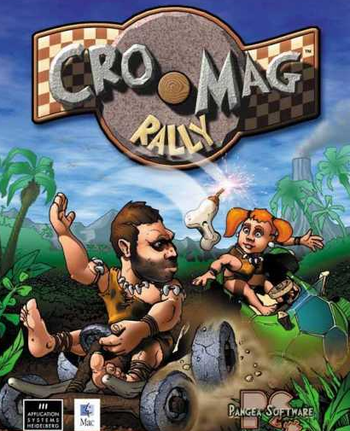 Cro-Mag Rally is a prehistoric-themed Racing Game developed by Pangea Software and released in 2000 for Macintosh computers. In it, you play a caveman named Brog or a cavewoman named Grag and race against other cro-magnons through nine different tracks themed around various eras of ancient history.
Advertisement: