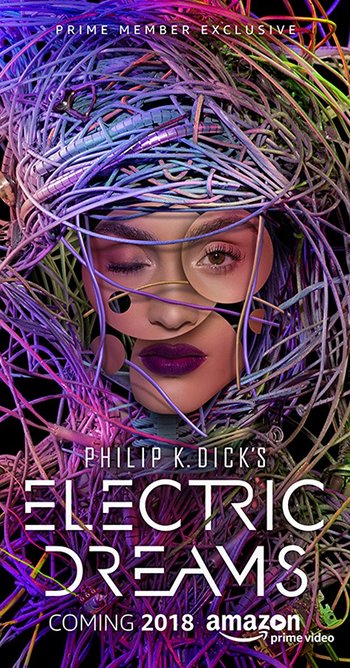 Philip K. Dick's Electric Dreams is a science fiction anthology series that is based on the short stories of Philip K. Dick. It premiered on Channel 4 in the UK on September 2017. It has been considered by some a replacement of Black Mirror, that also started on Channel 4. The title is a reference to one of Dick's most famous works, Do Androids Dream of Electric Sheep?.
Advertisement:

As each episode is set in its own continuity, only recurring tropes can be found on this page. There's a Recap page for the episodes, please put episode-specific examples on the appropriate page.