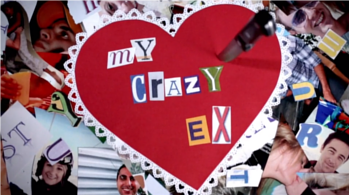 My Crazy Ex is an American reality storytelling television series. This show tells the purportedly "true stories" of people who imagine themselves lucky in love, but their relationships eventually spiral out of control. The series first aired in June 2014, and lasted four seasons, ending in September 2017.

This series uses the following Tropes: