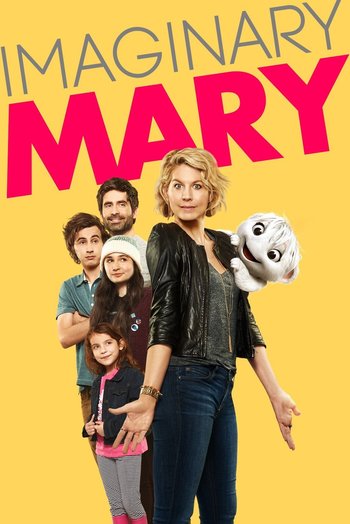 Imaginary Mary is an ABC sitcom centering on Alice (Jenna Elfman), an independent career woman, whose life is turned upside down when she reunites with Mary (voice of Rachel Dratch), her childhood imaginary friend. As Alice tries to establish a relationship with Ben, a divorced father with three kids, Mary tries to give her helpful (or unhelpful) advice.

The series was created by Adam F. Goldberg, David Guarascio (The Goldbergs), and Patrick Osborne (Academy Award winner for Feast). It premiered on March 29, 2017, as a Midseason Replacement, with nine episodes ordered. Unfortunately, poor ratings and difficulties producing the show meant ABC couldn't imagine themselves keeping the show around. It was cancelled on May 11, 2017.