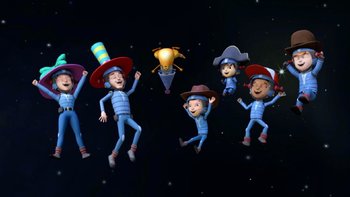 It's Carrot's 250th birthday in Bortronian years, and the kids have set up a circus for him. Their stunts don't do so hot on Earth, but they discover that the moon's low gravity can enable them to successfully do their stunts.

Every Day Is Earth Day 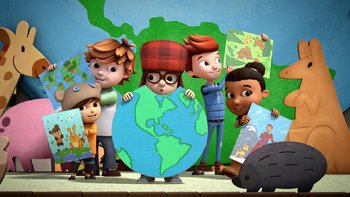 My name is Planet Earth, third planet from the Sun. There's other planets out there, but I'm the number one. I'm the place you call your home, so treat me really well. Reduce, reuse, recycle. Conservation sure is swell!

It is Earth Day, and the DSA is celebrating. The gang travels the world to discover what makes Earth so special.

Jet sings about how unique and livable Planet Earth is.

Jet sings about how unique and livable Planet Earth is.