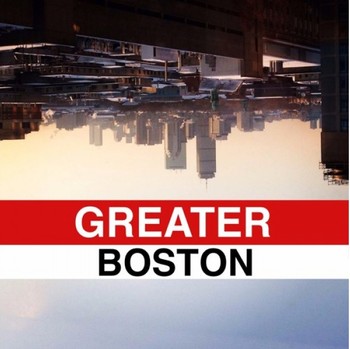 A podcast set in the city of Boston, just a bit... odder than normal.
Advertisement:

In Greater Boston, a man wills himself to death because he can't handle the uncertainty of something as simple as a Roller Coaster due to his borderline-Super OCD. His roommate is given his eventual job at an astrology magazine thanks to his (possibly ghostly?) advice, and is given the job by a woman who hates her job and coworkers at said astrology magazine. His mystery-obsessed brother leaves a camp dedicated to seeing Bigfoot, only to quit and find work on a submarine trying to find the lost city of Atlantis. An eccentric college professor suggests that the Red Line of Boston secede from the city to become its own independent municipality.

Yes, it all sounds weird on the level of a certain other podcast, but it's all told with a completely straight face. The more surreal elements of the podcast, much like said other podcast, take a backseat to the complex relationships between the eccentric Bostonians to whom we are introduced. For example, while the story of Michael Tate - who is advised by what may be the ghost of his roommate Leon - could be construed as a ghost story, there's more emphasis on the fact that he's coping with his roommate's death and relapse into alcoholism, and attempting to get his life together. Though the circumstances through which he does so are somewhat more surreal than normal.