Podcast / Ghosts in the Burbs

A podcast about the people who live in Wellesley, MA and the ghosts (and monsters) who haunt them. 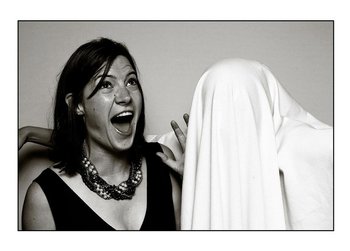 Liz Sower is your average suburban mom. She likes wine, baked goods, and ghost stories. Its her love for the last one that inspires her to put up an ad at her local library. Ghost Stories Wanted. She expected to get a few of your run-of-the-mill hauntings: some knocking, and few shadows, and the like. What she got was way more than she could have ever imagined.

You can listen to Ghosts in the Burbs on most podcast apps. It also exists in blog format at: https://ghostsintheburbs.wordpress.com/