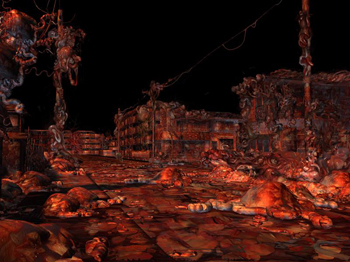 This is how Fuminori sees the world all the time.

This is what you get if H. P. Lovecraft worked in Visual Novels.

All spoilers below are unmarked. Proceed with caution.