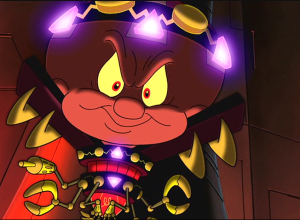 Oh, and this particular version can make others become like him.