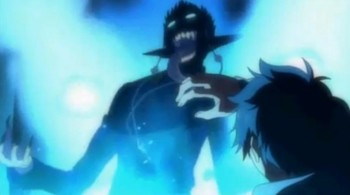 Demonic Possession at it's worst.
Advertisement:

Manga & Anime
Anime Only
Manga Only