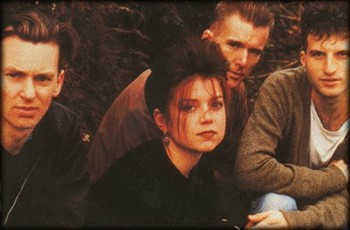 The Sundays were an English Indie Pop band that gained prominence throughout the 1990s with the album Reading, Writing & Arithmetic. Their next two albums, Blind and Static & Silence, didn't nearly match the acclaim and success of their debut, but nonetheless are highly regarded in their own rights. The band is known for lead singer Harriet Wheeler's ethereal vocals and the band's mesh of Jangle Pop with Dream Pop.

"Here's where the tropes end":