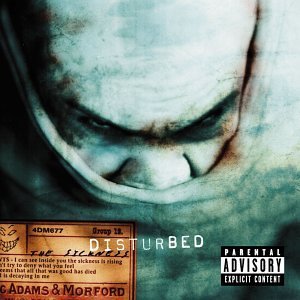 The Sickness is the debut album of American heavy metal band Disturbed and was first released on March 7, 2000 by Giant and Reprise Records. Unlike much of their later discography, The Sickness is mainly known for its raw, savage, and almost primal ruthlessness in both lyrical and sound content with many of the tracks focused on being as brutal and disturbing as possible.

The Sickness spawned several hits when it came out including "Stupify

," "Down With The Sickness

" note Wasn't a proper single, just a fan-favorite that brought Disturbed into the mainstream and helped them make a name for themselves. Despite being over 20 years old, the album is still very popular and enjoyed by fans to this day.

Get up, Come on, Get Down with the Tropes: