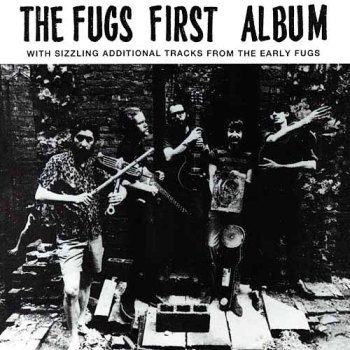 The Fugs First Album is the debut album of The Fugs, released in 1964 and re-released in 1965. This album marked the birth of Alternative Rock as they were the first rock band who didn't operate in the mainstream but were more or less forced to work as an underground music act because of their subject matter.

The Fugs were a bunch of thirtysomething beat poets who decided to start their own band. In a sense they could be categorized as Folk Music, because they covered poems by Algernon Charles Swinburne and William Blake and wrote anti-war protest songs. However, their songs were far more anti-authoritarian and politically direct than most folk protest singers of the time. Similarly they also dared to sing openly about sex and drugs and used vulgar language and Cluster F-Bomb language. As a result they recorded their debut album, The Village Fugs - Ballads and Songs of Contemporary Protest,Points of View and General Dissatisfaction in 1964 in very low-budget circumstances. The entire album was done in mono and the producer forced them to make several edits. Luckily, after a nation wide tour, they had gained enough of a cult following that a higher quality label was willing to sign them and give them total creative freedom. Under the shortened title of The Fugs First Album the album got a more nation wide re-release in 1965.