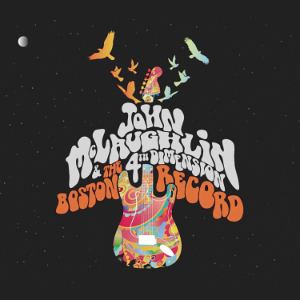 The Boston Record is a 2014 Live Album by John McLaughlin and the 4th Dimension, a jazz-rock group. Recorded at Berklee College in June 2013, The Boston Record features the 72-year old guitarist revisiting seven of his past compositions along with "Echoes From Then" and "Call & Answer" from the band's 2012 album, Now Here This. Heavier than the rest of the band's output so far, it sonically resembles McLaughlin's early work with The Tony Williams Lifetime and his own Mahavishnu Orchestra.