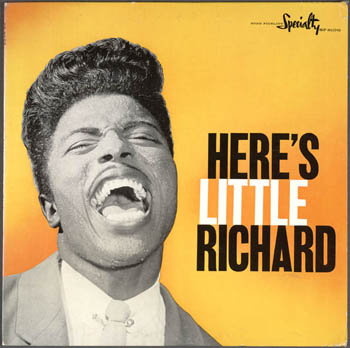 Here's Little Richard is the debut studio album by Little Richard, released in 1957. It was a best seller at the time. It's probably as close to a Greatest Hits Album as you can get: "Tutti Frutti", "Ready Teddy", "Slippin' And Slidin", "Long Tall Sally", "Rip It Up" and "Jenny, Jenny" are all compiled on this record.