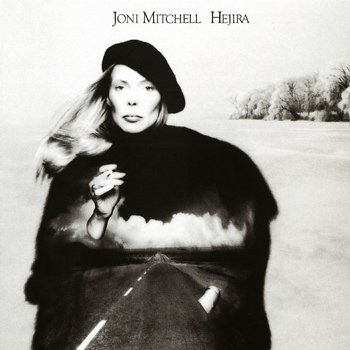 I'm porous with travel fever/But you know I'm so glad to be on my own/Still somehow the slightest touch of a stranger/Can set up trembling in my bones.
Advertisement:

Hejira, released in 1976, is Joni Mitchell's eighth studio album. Mitchell wrote the majority of the songs on a car trip from Maine to Los Angeles. Like her other albums that she released after 1974's Court And Spark in the '70s, it got mixed reviews on release but in the years since it has become recognized as one of Mitchell's highlights.

In the concert documentary The Last Waltz, Mitchell sings opening track "Coyote" with The Band.

Side One Side Two

Refuge of the Tropes: