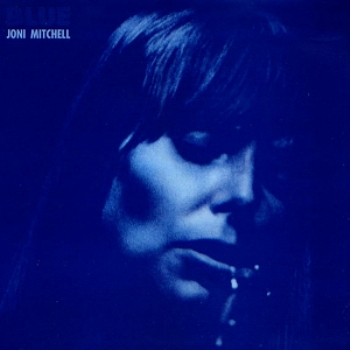 Oh, I wish I had a river I could skate away on...
Advertisement:

Blue is an acclaimed album by Canadian singer-songwriter Joni Mitchell, released in 1971. It was both a critical and commercial success.

The album was based on her feelings surroundings her break-up with her longtime boyfriend Graham Nash and with James Taylor soon afterwards. In a case of What Could Have Been, two older songs were removed just before its production: "Urge for Going" and "Hunter (The Good Samaritan)", so that they could be replaced by two newer numbers, "All I Want" and "The Last Time I Saw Richard".