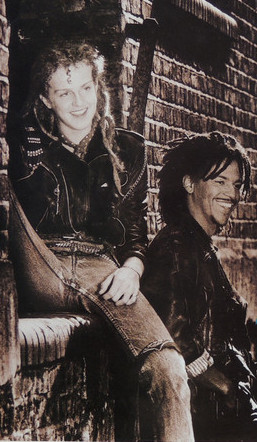 Dark City was a very short-lived British Synth-Pop band active from 1985 to 1986. The band was frontlined by Amos Pizzey (vocalist) & Richard "Cass" Lewis (on bass), with a bunch of no-name backup musicans. Steve Levinenote who also produced Culture Club's first three albums...man, English New Wave/Synth Pop acts were very incestuous, weren't they? was the Record Producer. They released several LP singles & one album before dropping off the face of the Earth.

A bit of trivia for Culture Club fans: Amos rapped under the name Captain Crucial on the Kissing to Be Clever tracks "Murder Rap Trap" and "Love Twist".